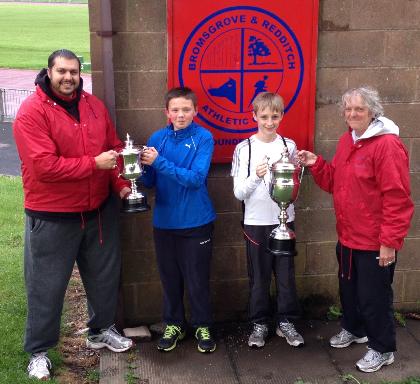 Sam Cater, who won three events, is pictured in action in the hammer by Andrew Freeman. Cater has this week gone in for a foot operation which will sideline him for at least a year. (s)

First places were achieved by the men’s 4x400m relay team whose impressive pace raises the prospect of breaking a 19-year-club record as the season continues.

Jo Frost took first place in the women’s long jump after only a short period of training for this year’s events.

Simeon Clarence 400m (B string) and Dave Mould 400m (A string) both gained first places and hope to achieve a sub-50-second time as the season continues, whilst Simon Lanckham was also first in the 2k B string event.

The team came away with a good collection of personal best performances from Sam Moran, Joe Smith, Mark Appleton, O’Connor, Ashleigh Beavan and Heather Knight in what was a great result so early into the season