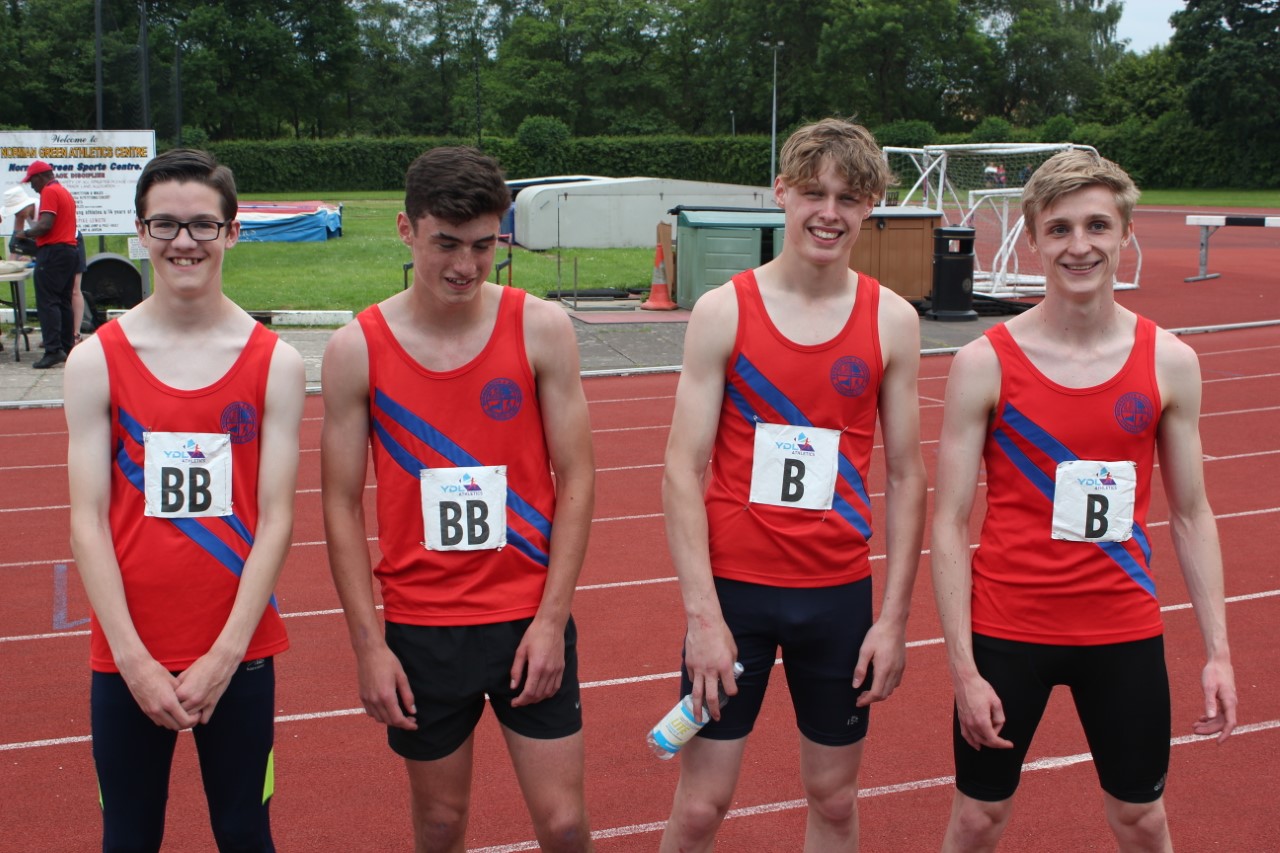 The boys raced in the U20 race as they were initially the only U17 team entered. They finished second overall, just behind Halesowen’s U20 team.

George Clements led off the team (having had to pull out of the 200m with a tight hamstring so not fully fit) in 54.8, before handing over to sprint hurdles specialist Will Thorley (who had also run a PB in 800m an hour earlier) who put in a 55.8 leg.  Josh Pearson ran a 52.9 leg to give the baton to Stewart Greenhalgh to bring them home with a 53.2 final lap amidst much cheering from the crowd.  Josh and Stewart had already run an exciting 400m earlier where they had won A and B strings.