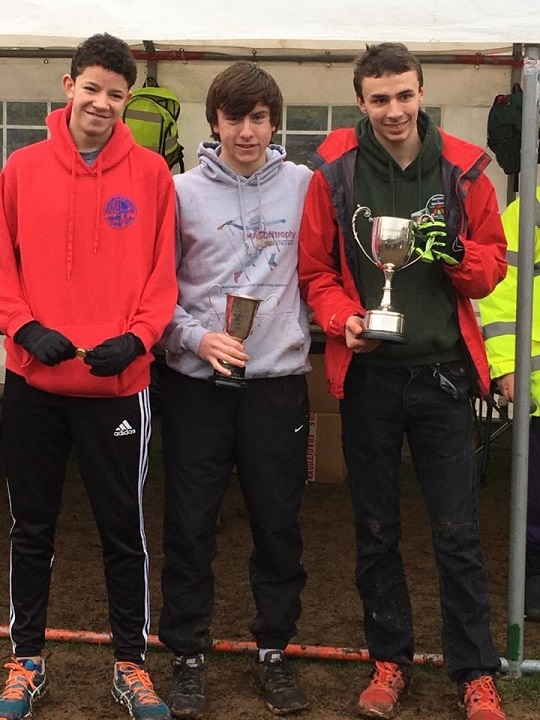 Joe Smith is the first Senior Worcestershire County Champion from B&R since Paul Collins won in 1994.

Bromsgrove and Redditch young athletes excelled at the Worcestershire County Cross Country championships held at Warley Woods in Sandwell on Saturday 9th January. Competing over a hilly course with mixed going underfoot they came away with 7 individual medals and 2 team championships. The most successful team was the under 15 girls who filled the first four places overall in the race which also incorporated athletes from neighbouring Warwickshire. They were led home over the 4k course by Ellen Bowen who claimed her first county championship. She was followed by Alice Battey who won the silver medal, Amy Mijovic-Couldwell in the bronze medal position and Anna Nicod in fourth. With 3 to score for the team championship they achieved the best possible points score. With Anna in 4th, Ellie Moss in 9th and Beth Sykes in 14th Bromsgrove and Redditch were also the first B team.

Conor Smith won the under 17 men’s championship by over 40 seconds over a 6k course. He led the team to a championship winning performance with Gareth Richardson taking the bronze medal in 3rd place and Alex Johnson completing the team in 8th.

Meanwhile Tom Deykin took the bronze medal in the under 15 boys’ race and Ruth Gameson took bronze in the under 20 women’s race.

Coach Vince Rollason has guided all the medal-winning athletes to success. The athletes who finished the first 6 places in their race have been selected to represent Worcestershire in the inter-county championships at Cofton Park on March 12th where they will be hoping for further good performances

A very good show and turn out which meant the ladies recorded 1st a team as well as 1st b/c/and d teams.

Read the Redditch Standard write up of the juniors and seniors