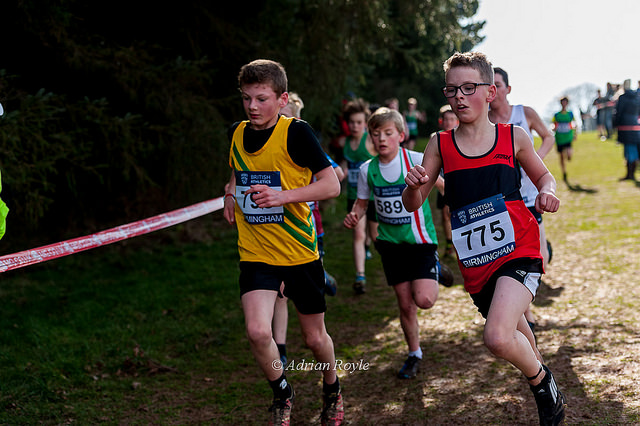 By performing well in their local County Cross Country Championships earlier in the year, athletes from across the UK had earned the right to compete for their county at Cofton Park. Finishing within the top nine at the County Championship was the standard required to guarantee a place.

Bromsgrove and Redditch athletes earned themselves a place in the Worcestershire team alongside runners from other clubs.

Conditions were much improved from what the B&R athletes had been used to over the season. It was a warm spring afternoon, and the ground was firm under foot making the races faster. The course however was tough and undulating, and a test for all athletes.

Individual and team performance of the day was the U15 Girls out of all the B&R athletes. This promising group of athletes continue to go from strength to strength. A fantastic cross country season from the girls, well done!

Brilliant efforts from all ages groups as the athletes have done Worcestershire and Bromsgrove & Redditch proud.

Next up for B&R is the Saucony Midland 12 & 6 stage Road Relays at Sutton Park on Saturday 28th of March.